Home Away from Home 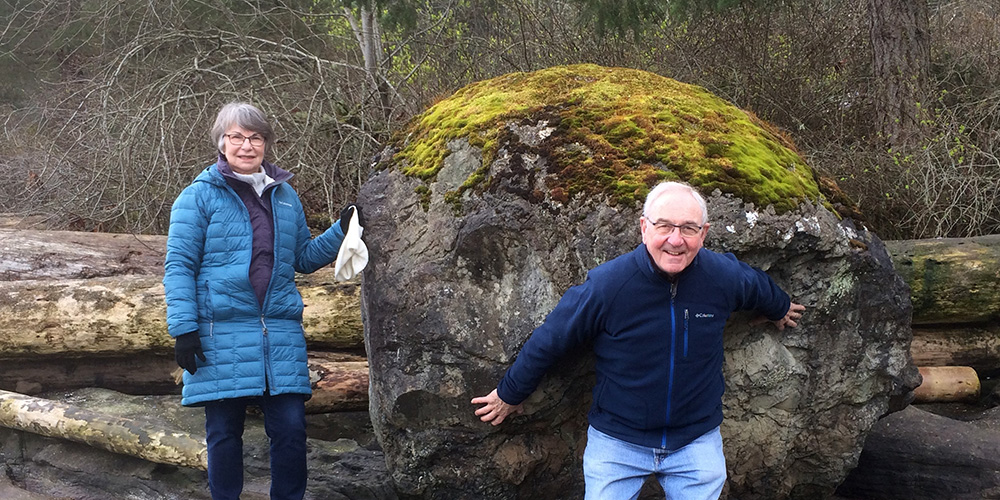 Health Care Close to Home Away from Home

On Monday of the July long weekend, 2017, Eric and Bev Shepherd took what Eric describes as his “unplanned visit to AMGH”.
July long weekend, 2017 Eric and Bev Shepherd are from London, but they built a cottage north of Goderich more than 25 years ago. They were referred to a local builder, who built their cottage based on a Lego model that Eric and his daughter built. Over the years, they have enjoyed time at the cottage with their three children and their grandchildren. In fact, their daughters and daughter-in-law, who live in Toronto and London, still prefer to shop in Goderich where they know the local store owners who are friendly and accommodating.

On Monday of the July long weekend, 2017, they took what Eric describes as his “unplanned visit to AMGH”. Eric and Bev had been working outside around the cottage when Eric went in for some lunch. He began to have chest pains, then the pain went to his back, and he began sweating. He and Bev decided to drive to the Hospital in Goderich. On the way, the pain was getting worse so they pulled over and called an ambulance. It was very quick and the transfer went smoothly. They gave him nitroglycerin and two aspirin to chew and took him into the Emergency Department. He was seen quickly by the nurses and the emergency physicians, hooked up to IV and had blood work and an ECG. The blood work and ECG showed that he was having had a heart attack. The decision was made to admit Eric to stabilize him before transferring him to London for an angiogram and to have a stent placed. He was then sent back to Goderich for observation where he says “I got to be a guest for a couple of days before they turned me over to Bev and we went home.”

Eric was a surgeon in London for 43 years, specializing in urology, until he retired in May 2017. Bev was also a nurse for some time. So they both have plenty of experience with large, urban hospitals. “The tone and efficiency of care are so different in Goderich.” they shared. They enjoyed their experiences with the doctors and had the opportunity to get to know the staff in a friendly way. The friendships and positive working relationships between the staff were evident. Bev shared how different it was to be able to easily find their way around the Hospital, to be able to find parking, and even that the parking was free, compared to other hospitals. Eric was even impressed with his oatmeal at breakfast, “It was hot. It was so wonderful.” All of these things made their experience, at a very difficult time, easier.

For the Shepherds, having quality health care close to home, including their “home away from home” is crucial. They are perfectly comfortable being up at their cottage, knowing that AMGH is there for them if they need it.