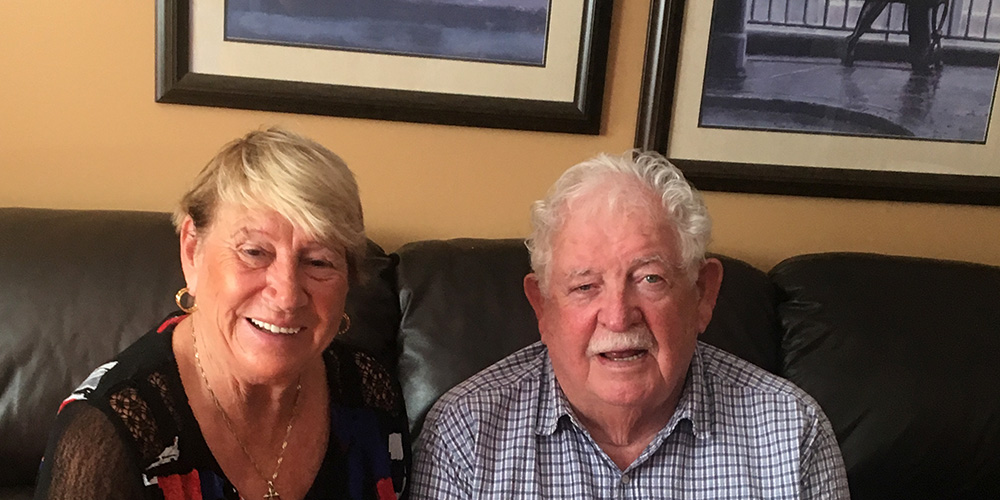 Thanks to AMGH, I can live each day to the fullest…

Patrick O’Donnell, from Goderich, had hip replacement surgery in Stratford in January 2018.  Afterwards, the hip seemed to be healing well but Pat was suffering from shortness of breath all of the time and it got really bad about a week after the surgery.

Pat and his wife, Uta, went to the medical centre and talked to their RPN, Stephanie.  Stephanie recognized that something wasn’t right.  Pat was immediately sent for blood tests and across the street to AMGH to have the CT Scan.  Following the scan, Pat was advised that he needed to be seen by his doctor right away.  Once back over at the medical centre, Dr. Krishna told Pat and Uta that they found something on Pat’s lung.  It was a blood clot.  Dr. Krishna quickly identified that the medication Pat was on, following his surgery, had contributed to the clot.  Pat’s medication was changed immediately.  The effects of the medication change were very quick and the clots cleared.

“I had to go to Stratford for follow-up for my surgery.  My doctor in Stratford told me that it had been a major blood clot and that they caught it just in time or it could have been fatal.  So I thank that machine for that!” shared Pat.   Pat’s doctor in Stratford offered further praise for AMGH and its staff and how quickly they acted.  He believed that another day or two and it might have been too late.

Pat and Uta were so grateful for the compassionate care of the physicians and staff at AMGH, for how fast everything happened, and for having the CT Scanner in Goderich.  Everything happened within 24 hours and Pat was on the road to recovery.